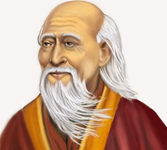 Here’s a pep talk you might be familiar with, “100% isn’t gonna get it done tonight team. It’s goanna take more than that. I need 110% from every one of you!” If that’s true, you’re in trouble. Giving more than 100% isn’t possible. But I get it. It’s about motivation – give me your best and then give me a little more. That sounds like something I’d like to do for my coach. The problem is, when athlete’s try to do this, when they try harder, it’s typically bad for performance.

Teams that try harder often play out of control and make mental mistakes. Athletes that try harder often have breakdowns in technique and execution that have a negative impact on performance. You see, every athletic skill, whether it’s on the football field or on the balance beam, has to have a fluidity to it. The smooth swing works better than trying to kill the ball. The fluid delivery creates more velocity and better accuracy. Understanding this will help you (and your team) avoid the mistake of trying to give 110%, as heroic as that may sound.

Here’s something to think about. It won’t make for a very inspiring pre-game talk, but it will help you (and your team) play your best. “100% isn’t gonna get it done tonight team. It’s gonna take less than that. I need 90% out of you!” What!? How can that possibly translate into better performance? Let’s get philosophical for a minute. Lao Tzu, the founder of Taoism, observed the following:

You’re probably asking, what does ancient philosophy have to do with 21st century sports? Consider this. Bud Winter is considered to be one of the greatest track coaches of all time. He produced over 100 All-Americans and sent 27 athletes to the Olympics. He had a very strong belief in the paradox of soft is strong. In fact, it led to an approach that he called “The 90 percent law.” According to this theory, “running or performing at ninety percent effort stimulates relaxation and results in faster movement, more strength, sharper vision, less fatigue, and an improved sense of well-being.” He believed that a relaxed mind and body was a common characteristic of all great athletes, regardless of their sport.

Achieving this optimal competitive state is all about the mental game. It’s about what I call “Playing in the BOX.” Athletes have to be mindful in their training and learn to recognize what 90% feels like for them so they can consistently get in the BOX. Athletes also have to understand that being ready mentally is not feeling like you can run through a brick wall or have to go play the perfect game. In fact, feeling and thinking like that would suggest they’re not ready, that they’re not in the BOX. The calm mind is the ready mind. The calm mind is focused on process and committed to simply playing to the best of one’s ability. No less, but no more either.

This site uses cookies. By continuing to browse the site, you are agreeing to our use of cookies.